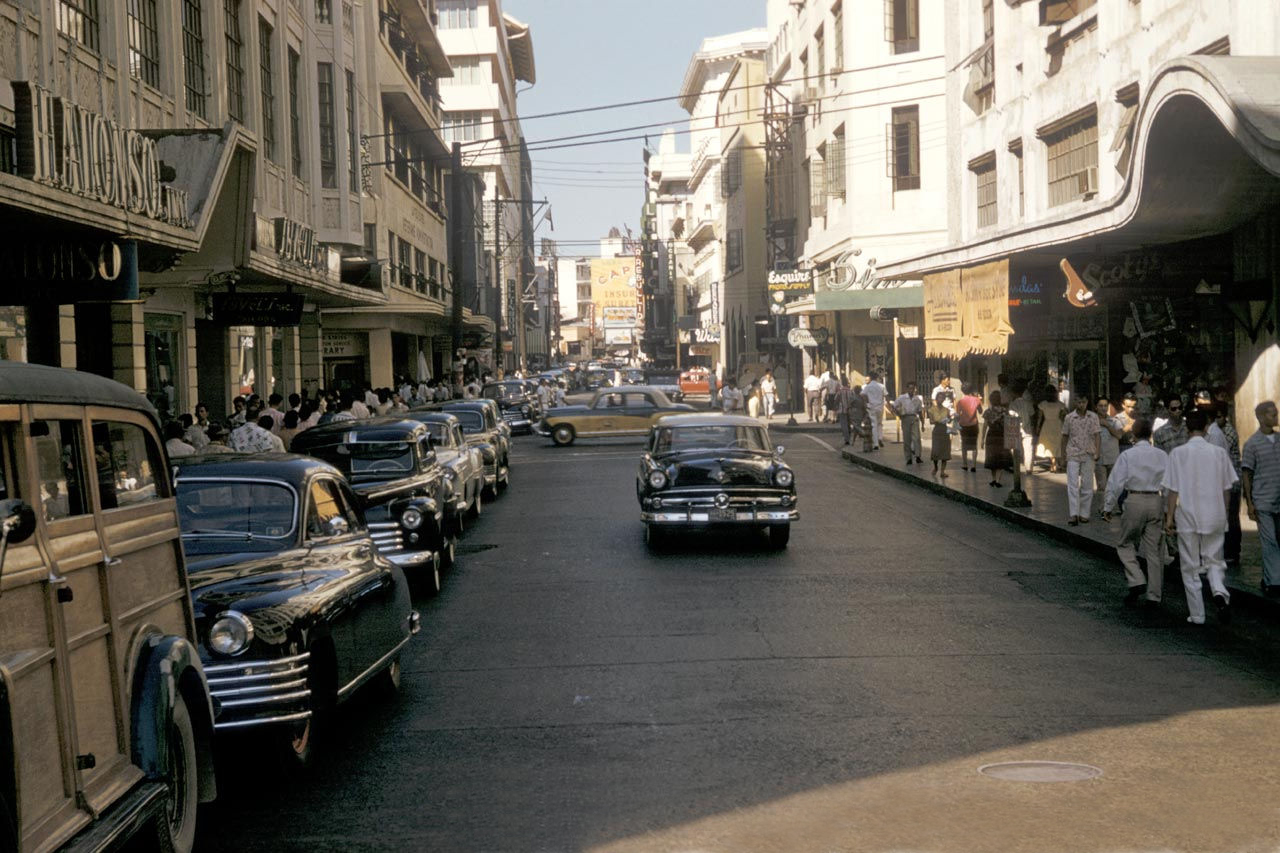 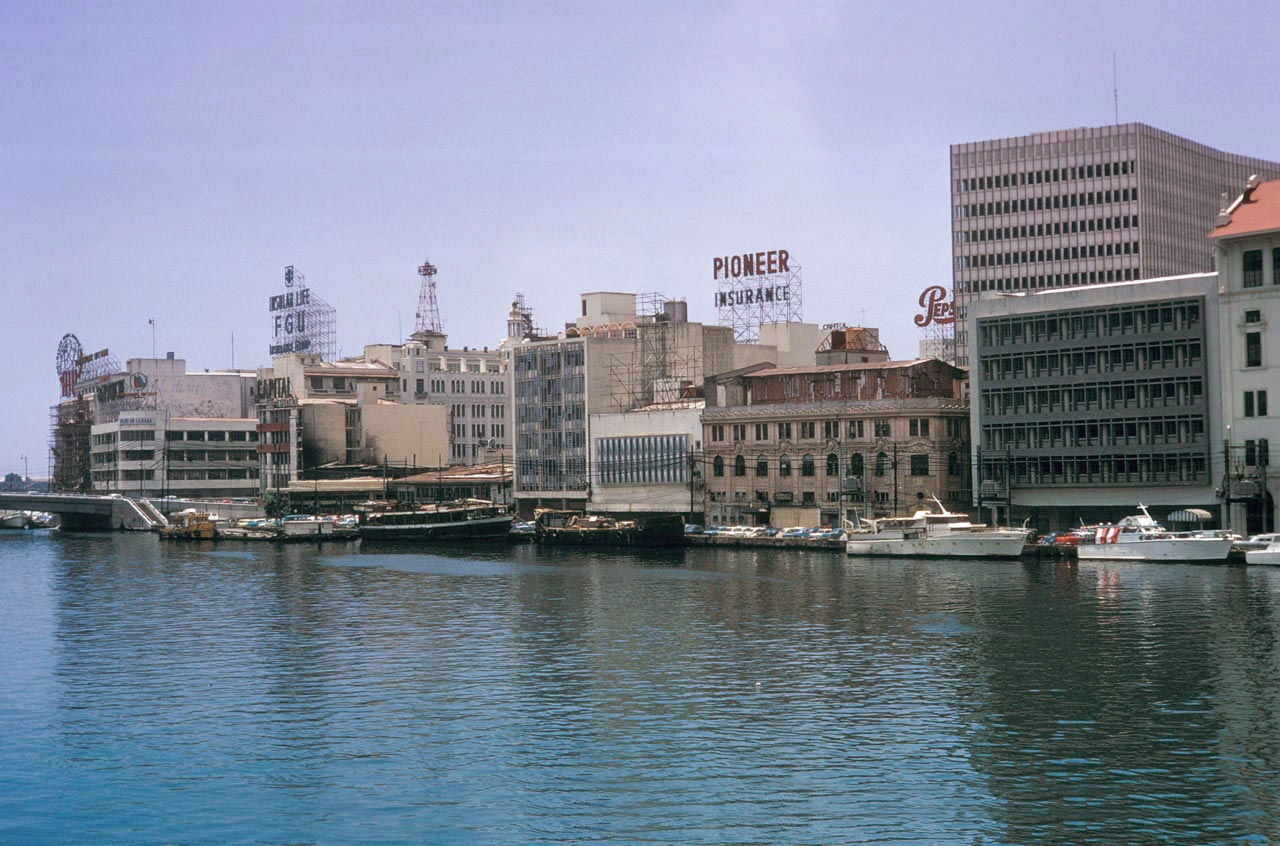 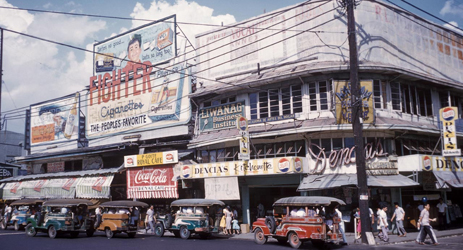 This is my first post about Manila, my birth city and where I grew up. I left after high school and settled in Seattle but memories of the past still linger on. Memories, like the landmarks of this city slowly fade and disappear but hopefully with your help, we can dredge up and share stories and pictures of the past.

What’s my motivation ?
One may ask, why ? Well, for me it’s a link to my past. The buildings, streets, theaters, schools, restaurants and other familiar places that I saw back then. Places that entertained, fed, guided me through my younger years. Even the names of streets have changed so when I return to visit Manila, I sometimes find it hard to locate old haunts. So, I tell the taxi driver, who’s about 30 years old, I want to go to Isaac Peral. He looks at me completely befuddled. Ano ? He says. Let’s see, what do they call it nowadays ? Aah, United Nations Avenue. Dewey Boulevard ? Roxas Boulevard.

Well, let’s do a little sightseeing, shall we? I ask the driver to please go “downtown”. Downtown, ba ? Ah, you mean Escolta ? Yes, I want to see the Capitol and Lyric theaters. I want to pass by 67 Escolta where my parents had their jewelry store in the Fifties, Gem Gift Shop– right next door to the M.Y.San restaurant. 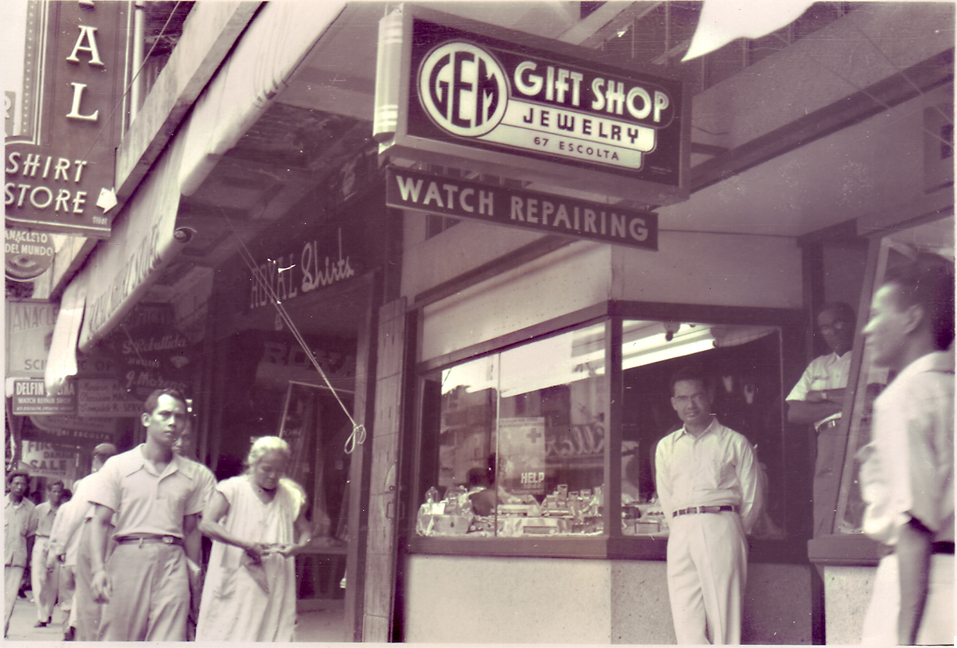 My uncle, Prem, in front of our store. Our store, Gem Gift Shop. Next door to the right was M.Y.San Restaurant.

Their storefronts rebuilt against the destroyed Crystal Arcade building – not restored mind you, just sort of built over the bad parts. I still remember the badly torn up cement and rebar sticking out in some places. It was finally torn down in the early Seventies and a bank building erected in its place. Our store was just to the left of the Escolta Restaurant (M.Y. San).

Escolta in the Fifties was the place to shop with department stores such as Assandas, Heacock’s, Syvels, Walk Over, Ang Tibay’s, and not to forget my favorite, Botica Boie. 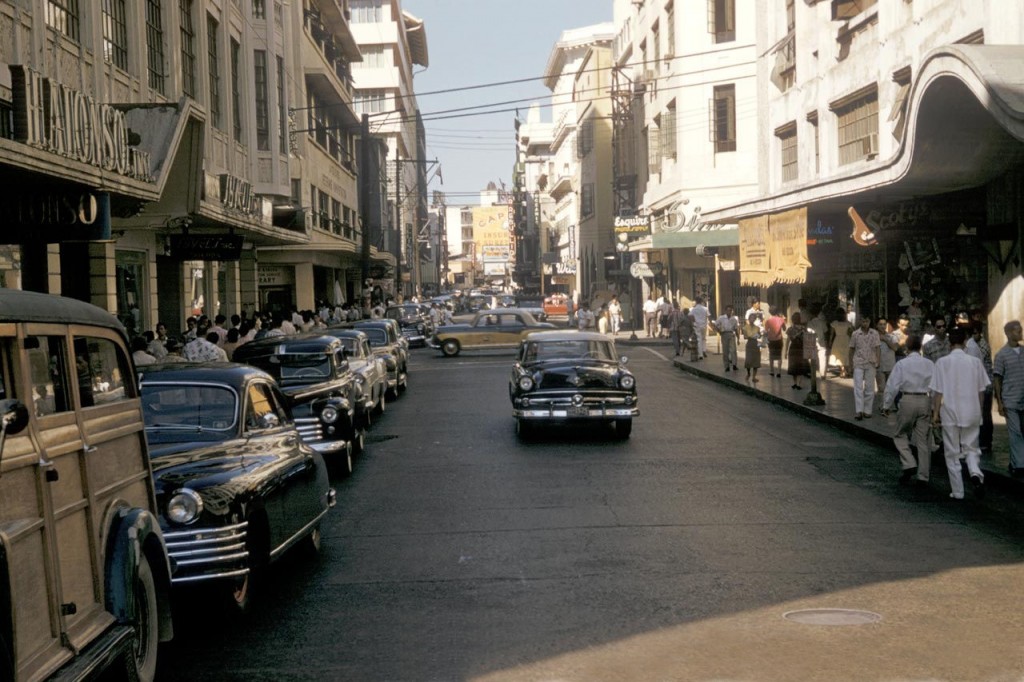 The large Makati malls were still decades in the future. Cartimar Market had just opened. A few modern grocery stores like the Acme Super Market on Padre Faura and the “new” Acme in Forbes Park were patterned after American-styled grocers. 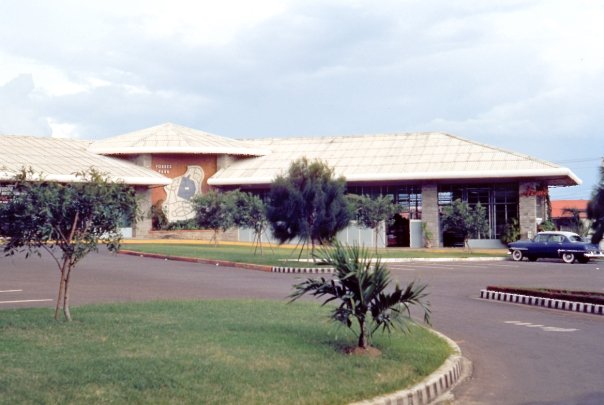 My mom of course, would shop at the palenkes (usually the Paco market) with their open-aired fresh meat stalls (buzzing with flies), fresh fish, live chickens and produce because, well, it was cheaper. The Escolta in the Sixties looking east towards Sta.Cruz church. Avenida Rizal in the Sixties.

Still optimistic, I direct the driver to drive down a bit further to Avenida Rizal. I’d like to see the Ideal, State, Dalisay, Avenue and Odeon theaters. As you can tell, I was quite the movie nut when I was a kid. 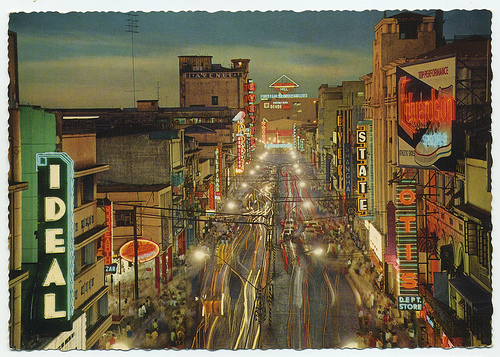 Rizal Avenue in the Sixties.

“Wala na”, the driver says. Huh ? You mean they’re all gone ? Okay, never mind. Please drive south past the old Post Office, the City Hall…let’s see the old Jai Alai building with the famous Skyroom restaurant. Sadly, as we drive past the vacant lot where this beautifully retro landmark stood, I now realize the impact of Manila’s modernization. 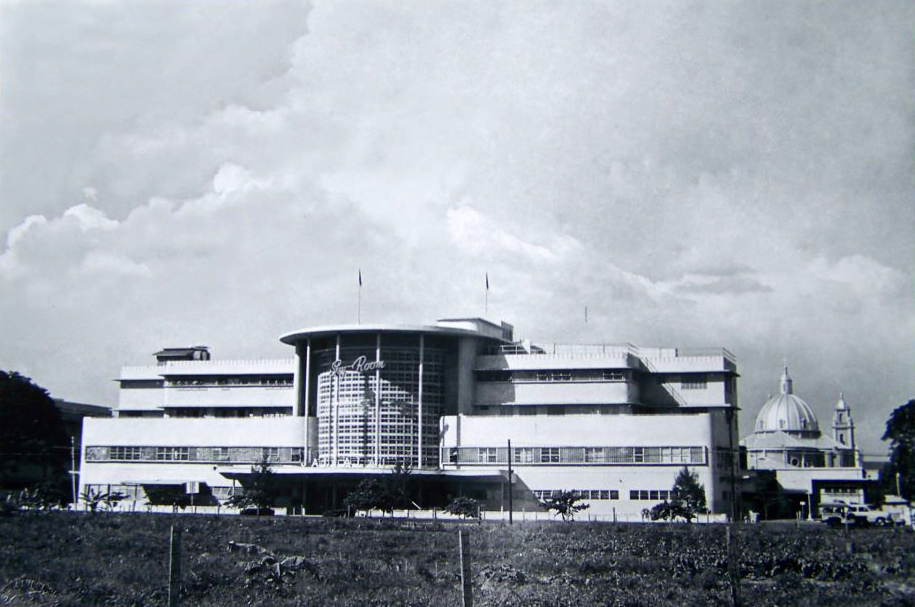 Yup, gone-gone-gone ! Why do you suppose that is ? Why do we give up the past altogether then wax nostalgic of how it used to be ? Have we truly given up our heritage and legacies ? Well, no I don’t think so. We’re building new ones all of the time – the beautiful suburbs of Makati, Quezon City and past the city limits to Tagaytay even. But if we could have saved just a bit of the old to blend in with the new, perhaps Manilans may have retained a bit of the “Pearl of the Orient” of the old days. You think ?

So I will continue this blog and include old photos of my favorite parts of the city, the buildings that made up the magic of Manila both pre-war and post-war. I hope you’ll be interested to contribute your stories and photos to this site. It should be a wonderful memorial to a beautiful city.

Next issue: The Crystal Arcade on the Escolta.